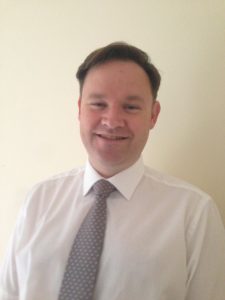 What are Settlement agreements?

A Settlement  Agreement is an agreement between an employer and an employee. Settlement agreements are an offer from the employer of financial compensation or another incentive to an employee, which is usually above and beyond what you would be entitled to upon termination of your  contract.

When does an employer offer a settlement agreement?

Your employer will offer you a settlement agreement when they wish to terminate your employment. The onus is on the employer to adequately compensate you for the loss of your job. Once you sign and enter into this agreement you will have no legal rights to claim against your employer at a later date for any further financial reward or compensation.

What am I entitled to in a Settlement Agreement?

It is essential that you seek expert legal advise prior to signing any offer made to you by your employer. Individuals are often  surprised to learn of what they may or may not be entitled to.

At Hastings and Co, Liam is an experienced employment solicitor having provided advice to employees regarding settlement agreements for over 17 years.  Liam will quickly identify what you are entitled to and if appropriate will negotiate better terms for you as an employee before you agree to sign the agreement.

Liam will explain everything simply, in plain English so that you will be confident in his advice at this crucial point in time. He will negotiate the best compensation package for you depending upon your circumstances, should the original offer not be in your best interest.

How much will it cost me to instruct a solicitor to advise on a settlement agreement?

It is a key feature of Settlement Agreements that the employee must receive independent legal advice and it is usual for the employer to pay for that advice. This is usually a pre-determined set fee stated within the settlement agreement itself. Liam would simply charge the employers direct for his services.

Claims for additional compensation made at a later date cannot be made under any circumstances which is why you seek advice at Hastings and co.

Until 29th July 2013 settlement agreements were known as compromise agreements, however, they are essentially the same thing with a new name.

A settlement agreement is a binding agreement between an employer and an employee. The employee usually agrees to accept a sum of money in return for agreeing not to bring certain claims against the employer in the Employment Tribunal or other courts. Essentially the employee is signing away his or her rights.

Sometimes an employer will ask an employee who is being made redundant to sign a settlement agreement. Whilst redundancy is potentially a fair reason for dismissal it can become an unfair dismissal if the employer does not follow the correct procedures. Some employers like the assurance of knowing that the employee will not be able to bring a claim for unfair dismissal, even if the claim has no merit. Other times, there is a difficult history between the employee and employer and hence an even greater reason for the employer to end the relationship on agreed terms.

Since the recession started I have advised more than a hundred employees in connection with their settlement agreements. I also act for employers and so have experience seeing it from both sides of the fence.

Disclaimer: this is only a brief overview of the law and not intended as a substitute for legal advice.

A number of changes came into force yesterday including:-

1.    Fees are being introduced in the Employment Tribunal

Employees wishing to start claims in the Employment Tribunal must now pay fees. The fees are paid in two stages. The first fee is paid when the claim is issued and the second fee is paid shortly prior to the claim being heard.

In some instances Employers will be ordered to pay fees also, for example if making a counterclaim or on appeal to the Employment Appeal Tribunal.

The Tribunal will have discretion to order the losing party to reimburse the winning party of the fees paid.

Employees on low incomes will be able to apply for a fee remission. Nonetheless, employee groups are worried that this will deter employees from bringing genuine claims.

This is probably good news for employers as less claims will be made.

The unfair dismissal compensatory award limit will become the lower of the statutory cap (currently £74,200) or one year’s pay. The new cap will apply where the effective date of termination is after 29 July 2013.

“Compromise agreements” will now be called “settlement agreements”. However, they will operate in the same way as before.

The new rules of procedure will replace the old rules and simplify the procedures.

Most offers made or discussions held with employees with a view to terminating their contract of employment will be inadmissible in any  subsequent unfair dismissal proceedings. So, for example, an employer will be able to make an offer to terminate an employee’s employment without fear of the employee referring to the offer in subsequent unfair dismissal proceedings. However, employers need to be careful as there are certain exceptions and the offers/discussions will not apply to other types of claims for example discrimination claims.

Disclaimer: this is a very brief overview of the changes introduced yesterday and not intended as a substitute for legal advice.

By continuing to use the site, you agree to the use of cookies. more information